The dilemma of working for a “weapon manufacturing company”

I interviewed with Axon for a product manager role to develop services for body-worn cameras for police officers. At that time, I had not thought about the fact that Axon is the company responsible for TASER conductive electrical weapons (CEWs). Honestly, in that moment I did not stop to question that I was about to work for a weapon manufacturing company. I was excited to work for a nimble, fast, and exceptional tech company. A few weeks after starting my new role, I was offered the additional responsibility of developing services for TASER CEWs. At that moment, I was hit with a moral and ethical dilemma. I was working for a weapon manufacturing company and would be on the team that makes TASER CEWs. 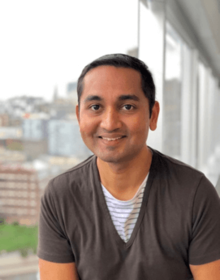 To help understand why that realization was important to me I need to share my thought process. I consider myself an extremely empathetic person and have made it my personal mission to use empathy to drive people to be more empathetic. I attempt to approach all problems with empathy for all sides of the equation. With that stated, I am also someone who does not generally like violent movies and goes through mental anguish when I witness real violence. So, what am I doing working for a company that makes weapons?

I spent a weekend thinking about this question and discussing this ethical dilemma with my husband. I am certain that most people working at Axon had to face the same. I was struggling with the question and the decision of whether I wanted to work for Axon at all. Since this was a major life decision it needed to be informed. I thought about why Axon was a weapon company?

I am someone who does not generally like violent movies and goes through mental anguish when I witness real violence. So, what am I doing working for a company that makes weapons?

Axon is a mission driven company. 25 years ago, the company’s founder boldly stated that he wanted to obsolete the bullet after 2 of his friends were shot and killed during a road-rage incident. That became the mission for TASER International, Inc., now Axon. The mission at its core is to protect life. Which sounds counter-intuitive for a weapon manufacturing company. I needed to further unpack that.

I realized that the TASER CEW was developed and improved as a less lethal alternate to lethal weapons (like guns). I know that lethal weapons will probably not be phased out or disappear from our lives as they are needed in certain law enforcement situations as defensive last resorts. I also believe in the inherent nature of most people to select a less lethal alternate if equally or more effective than a firearm. I don’t think most people have the intention of taking lives. If we can create an option that offers safer and more effective de-escalation than a gun, then the choice would be to avoid the lethal option.

If TASER CEWs did not exist, other more physical hand-on alternates (in lower risk/less threatening situations) like the batons or pepper sprays would likely be selected. I learned how a TASER CEW works, and what is the intention. The TASER CEW has multiple de-escalation mechanisms like lasers, flashlight, arc display, and ultimately the darts that penetrate the subject to incapacitate them through electricity. I learned that the darts of the TASER CEWs remain in the top layers of the tissue and uses electricity to restrict muscle movement. After learning about the TASER CEW, its use, and effectivity, I came to the conclusion that if the TASER CEW did not exist, in high-risk situations a gun would be chosen, likely leading to more fatalities.

I think that the TASER CEW is counter-intuitive to the definition of weapon: it is a weapon that intends to actually save lives.

I resolved that Axon is a company that strived to protect life by creating an option that will likely de-escalate the situation. I think that the TASER CEW is counter intuitive to the definition of weapon: it is a weapon that intends to actually save lives.

I watched a body worn camera video where a police officer was called to a suicidal person who was holding a knife to their throat. In this situation since a lethal weapon was involved the officer first drew a gun. However, the officer analyzed the situation and then replaced the gun with a TASER CEW. If the officer did not have a TASER CEW then I believe the gun would have stayed out. The officer deployed the TASER CEW and saved the person from harming themselves ultimately taking control of the situation safely for all involved parties. This video summarizes why I work for Axon, and why I am proud to be part of a team that makes weapons that save lives.

I would love to hear your story and have a conversation about similar dilemmas you come across at your workplace and how do you think through them. Please connect with me on LinkedIn.